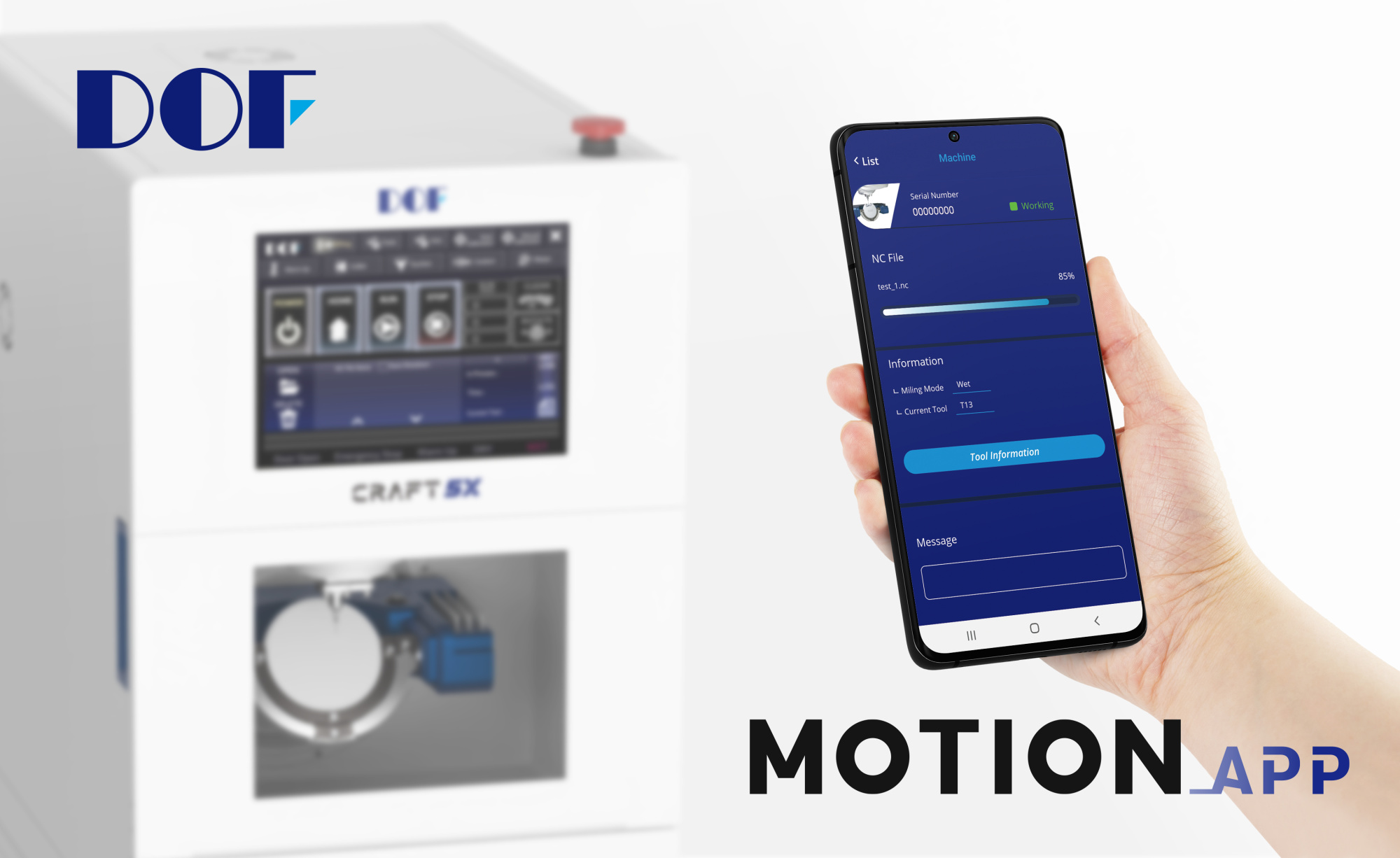 Song Jae Lee, director of DOF, said “our customers will be able to use CRAFT 5X more easily because DOFmotion increases the productivity of milling machines on behalf of users.”

Meanwhile, DOF is developing an integrated dental CAD/CAM solution to digitize the dental market. It has developed its own 3D dental scanner, face scanner, and 5-axis milling machine and is exporting to more than 80 countries around the world, including Germany, the United States, and Japan.